Read: Russell Vauras - from temp to Head of Financial Transactions at Auckland Council

"I always feel that being a temp gave me an edge."

People often go into temporary roles where they are exposed to opportunities that they wouldn’t ordinarily come across. When they embrace these instances, and aren’t afraid to put their hand up, to do something a bit ‘left-field’, great things can happen.

Our client Russell Vaurasi is certainly someone who has embraced opportunities. He started as a temp at Auckland Council after moving from Fiji and now, roughly 10 years later has worked his way up to his current role as Head of Financial Transactions overseeing some 60-odd people. Our Temp & Perm Accounting & Finance consultant Jackie McCrindle caught up with Russell to find out more about his story and get his take on the challenges and the value that temps can bring to Kiwi businesses.

Can you give us an overview of your career to-date – where you started and where you are at now?

I first started off working at Auckland Council’s call centre as a temp for three weeks. From there, I got a role in the debt collection team focused mainly on collecting outstanding rates debt. This was to be my first permanent role in a couple of months of starting.

I was hungry for a chance to test myself as a leader so I went completely outside of my comfort zone and took a position as a team leader for our Accounts Payable team, then was promoted to the Manager role for Accounts Payable. Now I am seconded into the "Head of" position that looks after the Accounts Payable, Accounts Receivable and Credit Control teams.

What do you think helped you in securing that permanent role?

I think showing the team leader that I was serious about wanting to work for the organisation and that I had potential.
Applying for a role that wasn't attractive to a lot of other people helped too, I suppose.

Do you think joining as a temp was a help, a hindrance or had no bearing on your success today?

I always feel that being a temp gave me an edge. It's the easiest way to gain experience in any organisation. Temps will always be needed somewhere so the opportunities are there. Also, if a permanent position presents itself in the team, you would probably be the most suited to role. I always considered my temp roles to be an investment that would pay off, and they did.

What is your view on having a large temporary work force – the pitfalls and the advantages?

I think it's risky to have a large temporary workforce, obviously. That's from the consideration of knowledge retention, direct management, cost, and measuring engagement (temps are excluded from our engagement surveys). I think that can dehumanise the workforce over long periods in some ways. It's also sad to see good people go or move on, particularly sooner than if they were permanent, and have made a big impact on the team. Losing effective people affects engagement of the permanent staff.

The advantages are around the speed at which we can have a gap filled. The agencies have done a lot of the heavy lifting around the recruitment so a hiring manager only needs to eyeball a few CVs and have a couple of 30min interviews and someone can start in a couple of days. No long negotiations or contracts to be signed. The agencies already have a pool of candidates and you don't need to wait for a week or two for a recruitment ad to close.

How have temps enabled Auckland Council to achieve their strategic goals?

I've seen temps come and go at the council for more than a decade, and many of them have been made permanent. That's because we like to keep good people. Good people who do a good job all lend towards achieving our strategic goals. That's all the way from keeping the public informed and supported at our front of house and call centre right through to the back of the stage supporting our executive lead team members and other back office functions that run this city.

What does Auckland Council do to ensure they keep their temporary workforce engaged and feeling like a part of the team?

In my department we try to draw as few lines between our temp and permanent staff as possible. Temps are included in our Christmas functions, strategic meetings and one-on-one catch-ups etc. Where possible, we treat them like any other member of the team. Right through to recommending opportunities (permanent or otherwise) that they would be suited to. Developing our staff is important to us.

To find out more about temping and how we can help make the temp model work, get in touch with the Temp team at temp@tribegroup.com 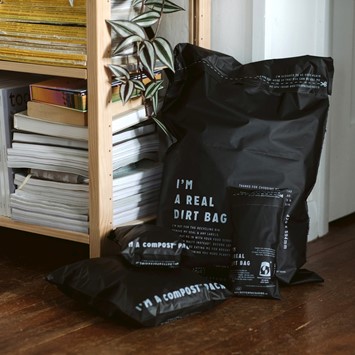 The Better Packaging Co: How to boost your workplace sustainability 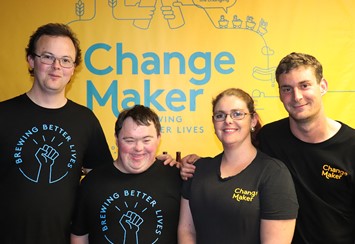 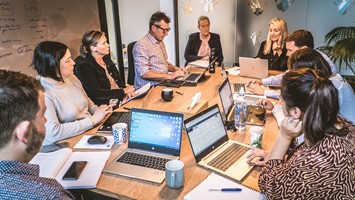