Making the move from a country that you have laid down solid roots in, is never going to be easy, Tribe's Lead of People Culture & Capability, Sandy Gibbs shares her advice after making the move back to New Zealand.

Why did you move back to New Zealand after nine years of living in Canberra, Australia?

Family was the big driver. We had aging parents and it was time to come back. We had only decided to go for two years and that turned into nine. We bought a little house, renovated it and we just got tied into life over there.

Where is the starting point when you decide to make a move this big?

The starting point for us was working out whether one of us had a job to come back to. I was fortunate that there had been an ongoing conversation with Tribe so it was working out if the timing was right for all of us. I had just done my seven years long service for one company and from a finance perspective, you couldn’t just walk away before that. Once that was done everything unfolded around it.

The other big piece was where we would live. My sister was in Auckland by herself and said that if we did come back then we were welcome to stay. Those things combined became the catalyst to make the move. It wasn’t an exact science or a methodology, it was just that things unfolded altogether.

Should you be set on moving back to a certain place when you come home?

Originally Martinborough was our target, but it meant we had to stay in Australia for longer as jobs are more difficult to find. We also didn’t want to do the big commute to Wellington, so Auckland became the decider as it made more sense.

Deciding where to come back to depends on what the individual’s anchor is. For me, my anchor was family and a good job that I knew I would love. It didn’t matter that we had no property, the biggest drawcard was that I was coming back to work with people I knew and loved working for. Your anchor could be children’s schooling or family and jobs are irrelevant, but there has to be something that gives you comfort while the other things work themselves out around it.

What were some of the key challenges you faced coming back into New Zealand’s working environment?

The key challenge was re-establishing myself. I felt like I was on a roll and had built up a reputation before I went overseas. Things move on when you’re gone and as much as there are connections and networks, they’re not necessarily where they were or relative anymore when you return. I had to start from scratch again. It’s certainly a challenge and you have to be prepared to do 12 to 18 months of time to re-establish yourself, but it’s also exciting.

Is there anything you would have done differently?

I would have sold all my furniture! We ended up purchasing furniture in Australia because that’s what you do to create a home around you. Knowing what I know now, I would’ve sold everything and just kept 10 or so boxes of precious things. You learn that none of that stuff matters.

Any tips for banking and money exchanges?

We sold a property over there and hadn’t been in it for two years so we were up for Capital Gains. Make sure that you have a really reliable accountant and that you have everything clear in regards to New Zealand and Australian business requirements.  Superannuation has been time consuming but it hasn’t been difficult in that we preempted we would transfer to a Kiwi Super Fund. We made sure we were involved in a Super Fund here that would accept the transfer, otherwise you’re stuck in limbo. The transfer has been very antiquated, they literally send a cheque and it’s been about a 10 week process. You’ve got to be patient.

One thing I would stress is to not to get rid of your New Zealand bank account. Have it on a no activity account, which is what we did. It meant we always had an account to filter things back to and when we walked back in, we were instantly operational.

For money, we used XE - an international money transfer organisation. They were fantastic and we saved a huge amount on transfers. We did nothing through the banks, we did it all via XE and the fees are tiny in comparison.

What did you miss the most about New Zealand?

You’ve got no idea until you come back just how easy Kiwis are. You don’t recognise you miss it as much as you do until you’re back in it. Family and friends as well, especially those long term friends and networks.

Anything you miss about Canberra?

The weather! Canberra had the most amazing weather because it had four distinct seasons. You had two clear summer and winter wardrobes. It was like a Queenstown winter - sunny, crisp and clear - in the minus a lot of the time but beautiful. It was really invigorating weather. Summer was 35 degrees every day. 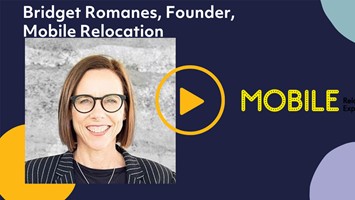 Watch: Mobile Relocation - How can we retain returning Kiwis? 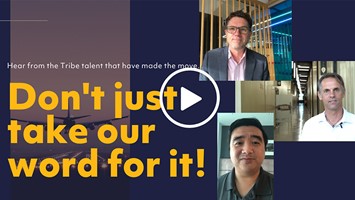 Watch: Making the Move - Hear from our candidates who have 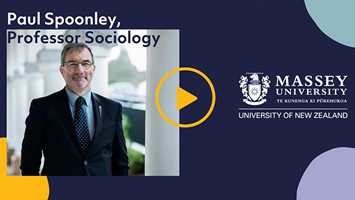 Watch: Prof. Paul Spoonley - Demographics are Changing, here is how it will affect your business